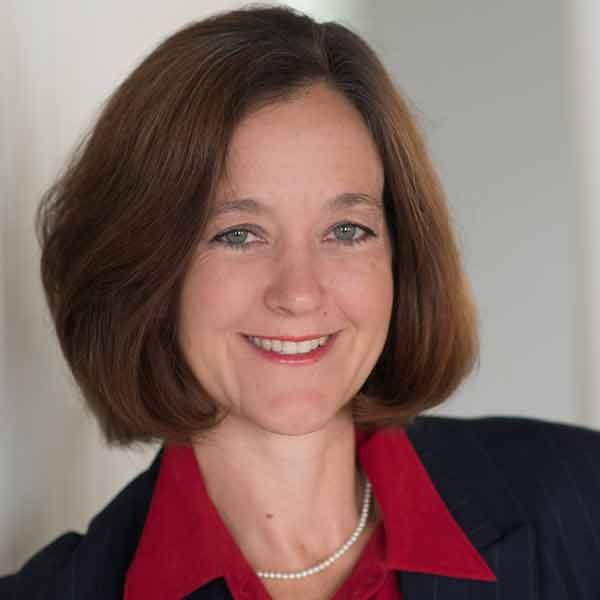 Kristen Day is the Executive Director of Democrats For Life of America and oversees all operations of the Washington, D.C. office.

Kristen began her interest in politics at Michigan State University where she was elected to serve as a Precinct Delegate during her sophomore year. She worked for State Representative Rick Sitz and went on to work for the Government Affairs Office at Michigan State University. After graduation, Kristen followed her lifelong dream to work on Capitol Hill where she eventually rose to serve in the highest position as the Chief of Staff for Congressman Jim Barcia.

One of her passions was working to pass pro-life and pro-family legislation and also advocated for Democrats who oppose abortion. Working for the Democratic Co-Chair of the Bi-partisan House Pro-life Caucus, Kristen set up a whip operation to alert pro-life Democrats when critical pro-life votes were going to come on the Floor or in Committee. Also, in this capacity, she helped Democrats For Life connect with other pro-life Democratic elected officials and private citizens who were interested in helping the organization grow. Additionally, she worked with pro-life groups to remind them that pro-life Democrats are not only needed but essential, for pro-life legislation to pass the House and Senate.

Day’s articles have been published in the LA Times, Washington Post, Harvard Crimson, the National Review and other Publications. She is the author of Democrats For Life: Pro-Life Politics and the Silenced Majority published by New Leaf Press in July 2006. The book outlines the history of the pro-life Democrat movement. She was published in the 2006 Notre Dame Journal on Law and Public Policy with a piece entitled, "Politics and the Culture of Life-Why I am Still a Democrat."

Day speaks on behalf of women and pro-life Democrats. She has been a guest on radio talk shows like NPR's Talk of the Nation and has appeared on FOX News, MSNBC, EWTN and other major news outlets. She has been quoted in USA Today, The Washington Times, Boston Globe, Chicago Tribune, The San Francisco Chronicle and other news outlets. 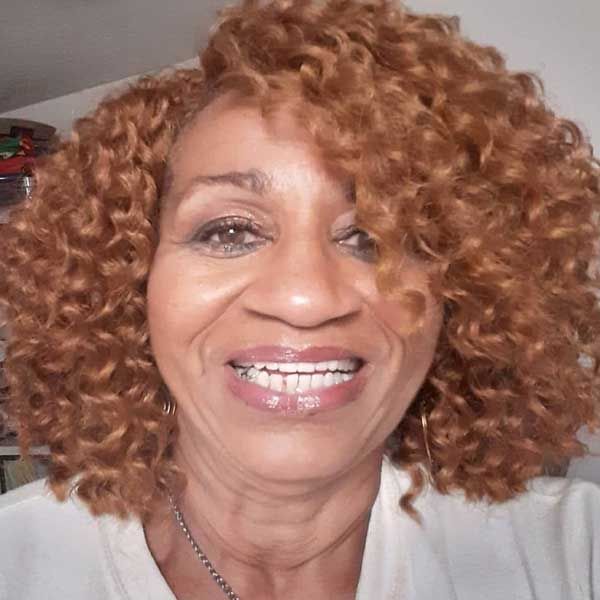 Rev. Harriet Bradley began her political training as a child in Lansing, Michigan when her parents that worked for General Motors who were active and strong advocates for United Auto Workers (UAW) 652. She remembers them fighting for things like cost-of- living pay increase. Rev. Harriet would accompany them to political rallies and even met the governor of Michigan at a young age.

In addition to that, she helps chapters to recognize and recruit Democrats that are Pro-life She also encourages other Democrats to be vocal about their Pro-Life stands and is working with DFLA to petition the Democrat Platform Committee to change the language about abortion. She has also used her voice to write op-eds on being a Pro-Life Democrat that has been published in the Atlanta Journal Constitution and USA Today. Rev. Bradley is a proud graduate of Michigan State University, East Lansing, Michigan and Rhema Bible Training Center, Tulsa, OK. 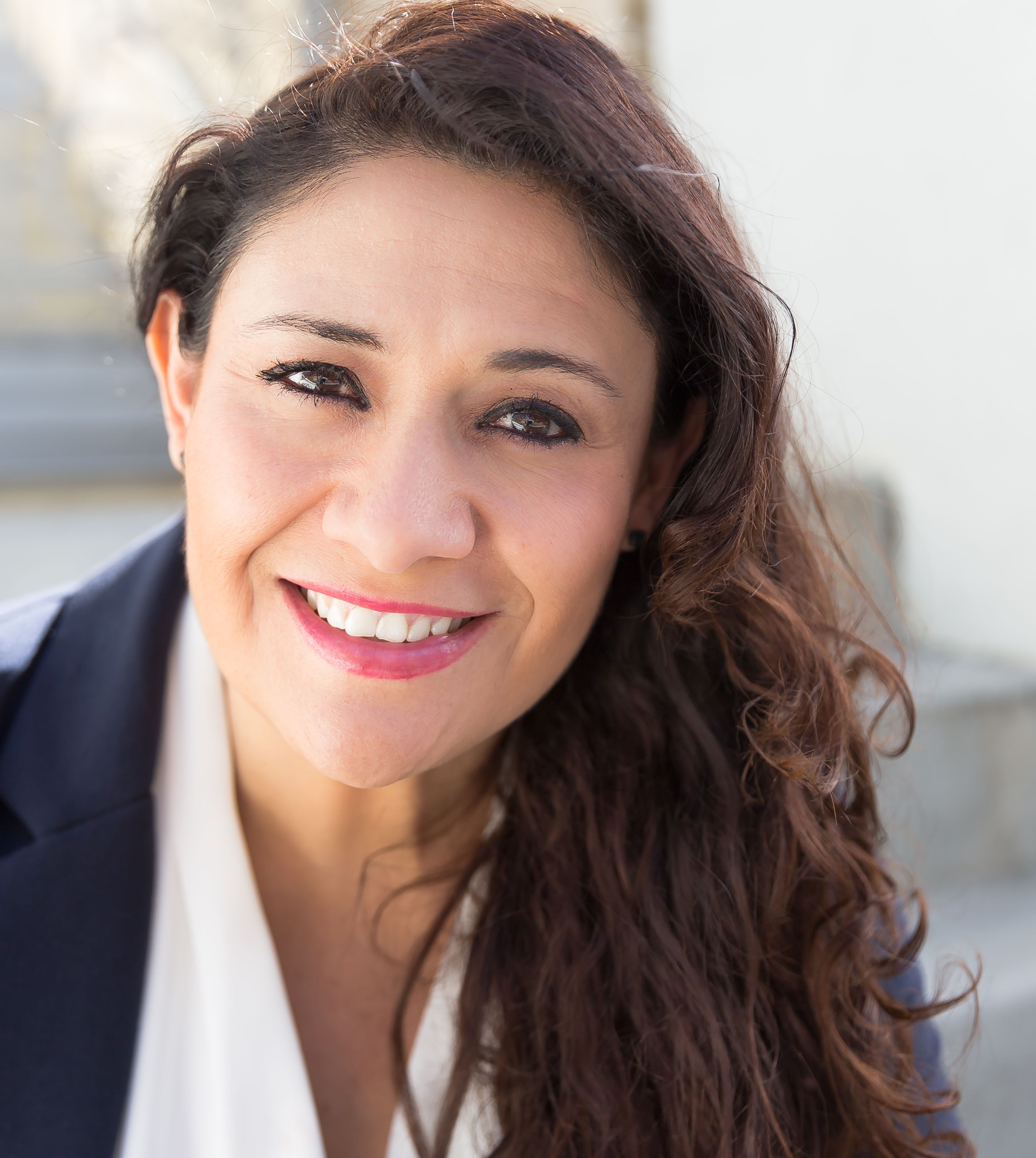 During her 17 years with Planned Parenthood, Mayra witnessed critical safety and health-related violations including incomplete abortions, falsification of patient records, illegal conduct, unreported statutory rape, women severely injured by abortion, and high complication rates with a particular abortionist. Mayra's reports of these incidents were met with harassment, hostility, and termination.

In a 2019 lawsuit against the abortion giant, Mayra proved that Planned Parenthood exploited her undocumented status, endangered women, paid women less than men, and hid narcotics in her desk to silence and intimidate her. After only 3 hours of deliberation, a predominantly pro-choice jury unanimously found Planned Parenthood guilty for terminating Mayra's employment in retaliation for her whistleblowing activity.

Today, Mayra is a powerful advocate againts abortion, a champion for women and the unborn, and is driven to expose the truth behind Planned Parenthood's dangerous practices. Mayra credits the faith of those praying on the sidewalk and the Divine Mercy of God for her reversion to the Catholic faith and for the strength it took to stand against the abortion goliath - and win. 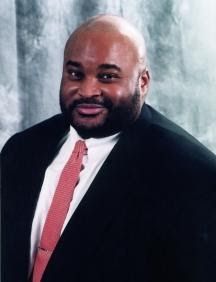 Douglas M. Stringer is a seasoned legal professional with nearly three decades of experience at the Session Law Firm, providing support, policy analysis, and lobbying initiatives in the areas of Healthcare, Real Estate, and Community Development, along with securing opportunities in local, state, and federal Small Business Procurement. Among his accomplishments, Mr. Stringer is proficient in the collection, extraction, and dissemination of information relevant to legislative matters to support the representation of major business entities, national trade associations and major U.S. cities through the United States Conference of Mayors.  Also having extensive experience in corporate formation, Mr. Stringer has most recently gained knowledge in the areas of assisting non-profit organizations file for 501(c) (3) tax exempt status with the Internal Revenue Service and the process of registering trademarks with the United States Patent and Trademark Office.

Having gained knowledge in a wide variety of governmental matters by monitoring and preparing summaries of the activities of organizations such as the United States Conference of Mayors, the Council of the District of Columbia, the Alliance for Construction Excellence, and the District of Columbia Chamber of Commerce (“DC Chamber”), Mr. Stringer currently represents the firm as a member of the DC Chamber’s Government Relations Committee. These activities, along with volunteering on several political campaigns have allowed him to build successful working relationships with business leaders and public servants at all levels, ensuring government compliance, along with developing and maintaining favorable collaborations with both non-profit and for-profit entities in business, community, and economic development.

A graduate of the University of Kentucky, Mr. Stringer participated in the Charles Hamilton Houston Preparatory Institute for Legal Studies before he received his Juris Doctor from the University of the District of Columbia’s (“UDC”) David A. Clarke School of Law.  While there, he served as student counsel for both the Housing and Consumer Law Clinic and the Community Development/Small Business Law Center. Mr. Stringer also studied Public Relations in the University of Louisville’s Department of Communications, and is currently in pursuit of a Master’s Degree in Public Administration at UDC.

Mr. Stringer’s writing experience includes serving as a contributor to the National Minority Business Coalition Magazine. He also worked with the AFL-CIO’s Frontlash, and is a Notary Public in the District of Columbia. 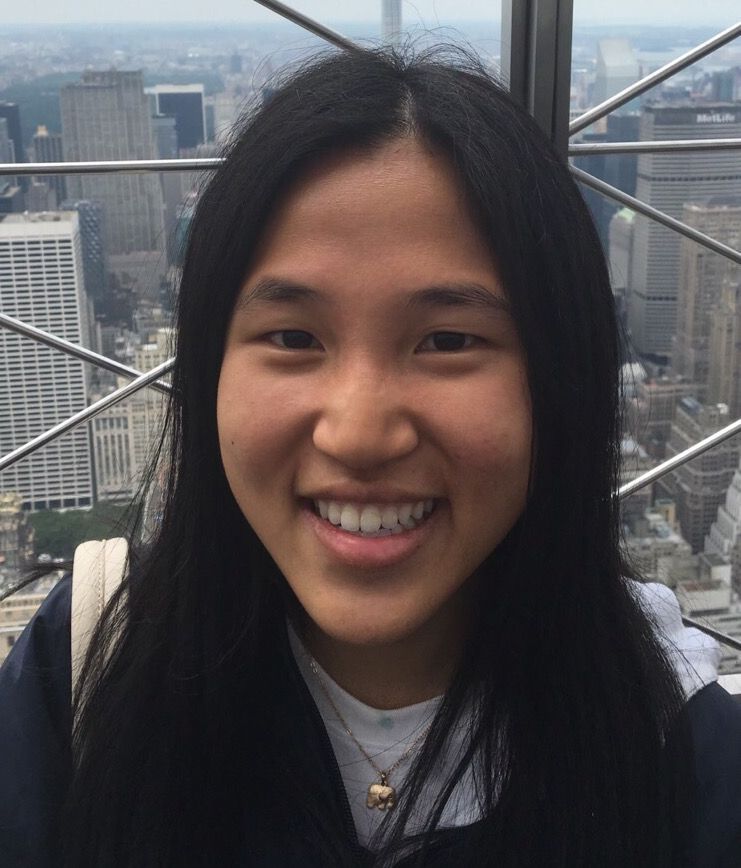 Jess’ pro-life journey begins on March 17, 1996 when she was adopted from China as a result of the country’s one-child policy. When she was a freshmen at a Catholic high school, Jess began to   understand the inherent dignity of value of every human being. For the past 10 years, Jess has been inspired and emboldened to uphold and defend the right to life for every person from womb to tomb.

In 2018, Jess graduated from Penn State University (a very proud alum) with a degree in Film-Video. In addition to video production, Jess is proficient in graphic design and writing. After college, Jess worked with faith-based and pro-life nonprofits in curating and crafting captivating content.

Before joining DFLA, Jess served as both a Pregnancy Counselor and a Graphic Designer for Let Them Live, a nonprofit that financially assists abortion-minded women in crisis pregnancies. As a Pregnancy Counselor, Jess directly supported women and their babies. It was through this experience that made Jess aware of the need to provide parents with better resources and legislation to carry and raise a child. And it strengthened Jess’ conviction to be Pro-life for the Whole Life.

When Jess is not managing DFLA’s social media accounts, drafting newsletters, and sending press releases, she enjoys running on the beach (as a resident of sunny Southern California) and hiking with her dog. 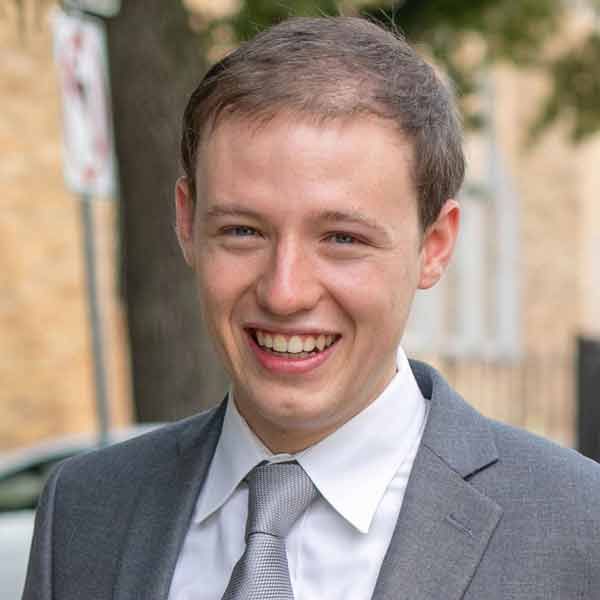 John Quinn serves as the Business Operations Assistant for DFLA. In this role John assists the staff, supporters, and candidates of DFLA as we promote our movement. Please do not hesitate to reach out to him if he can be of any help!

John grew up in Omaha, Nebraska. As a teenager, he would sneak over into Iowa to meet presidential candidates during primaries. He graduated in 2018 from the University of Notre Dame in South Bend, Indiana with a bachelor’s degree in theology. After graduation he moved to the Back of the Yards neighborhood on the South Side of Chicago where he served as a live-in volunteer at the Su Casa Catholic Worker house. For two years John participated in Su Casa’s mission of extending hospitality to mothers and children who have suffered homelessness, domestic violence, or are seeking asylum in the United States. Those first-hand experiences deeply inform his commitment to the consistent life ethic. John also taught religion (including the consistent life ethic) to middle schoolers at a Catholic school in Chicago.

John lives and gardens with his wife Kathryn just outside of Washington, DC.

John can be reached at john.quinn@democratsforlife.org. 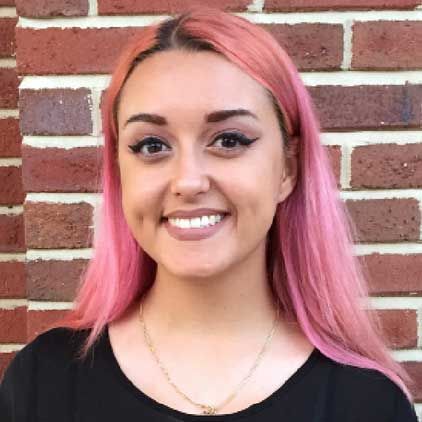 Maria is a dedicated activist and artist. She cut her teeth as a graphic design student at The University of Alabama, where she led their pro-life student group, oversaw the creative direction of four student magazines, and participated in the Students for Life Wilberforce fellowship before graduating in 2017.

Now the Creative Director for Rehumanize International, she is passionate about spreading the Consistent Life Ethic and finding creative, nonviolent solutions. 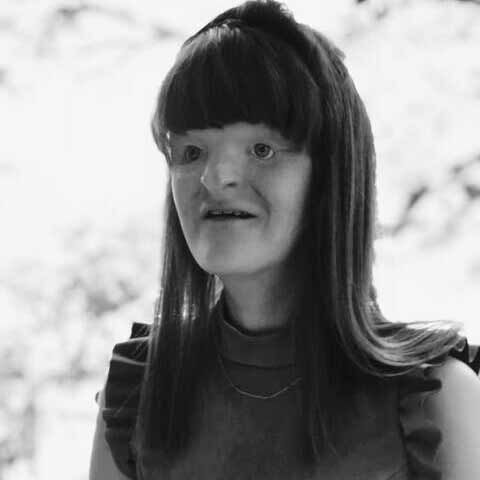 Sophie Trist became involved in the pro-life/consistent life movement her freshman year of college and has never looked back. She graduated with a B.A. in English writing from Loyola University New Orleans in May of 2020 and hopes to pursue a career as a novelist, English professor, and CLE activist.

In the past, she has contributed to the Secular Pro-life and Rehumanize International blogs, and she hopes to keep spreading the whole life message through her writing. Sophie serves on the Candidate and Research committees for Democrats for Life of America. 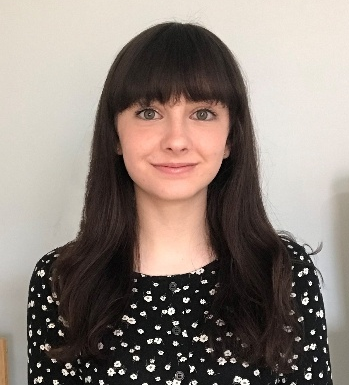 Ella Duus is a student from Huntsville, Alabama where she actively participates in Speech & Debate and Alabama High School Democrats. Ella also runs a nonpartisan blog for the nonprofit Purple America. She became involved with Democrats for Life during the spring of 2020, and kicked off the Young Pro-Life Democrats program in October.

Ella is proud to chair Young Pro-Life Democrats and be part of the Pro-Life Generation. 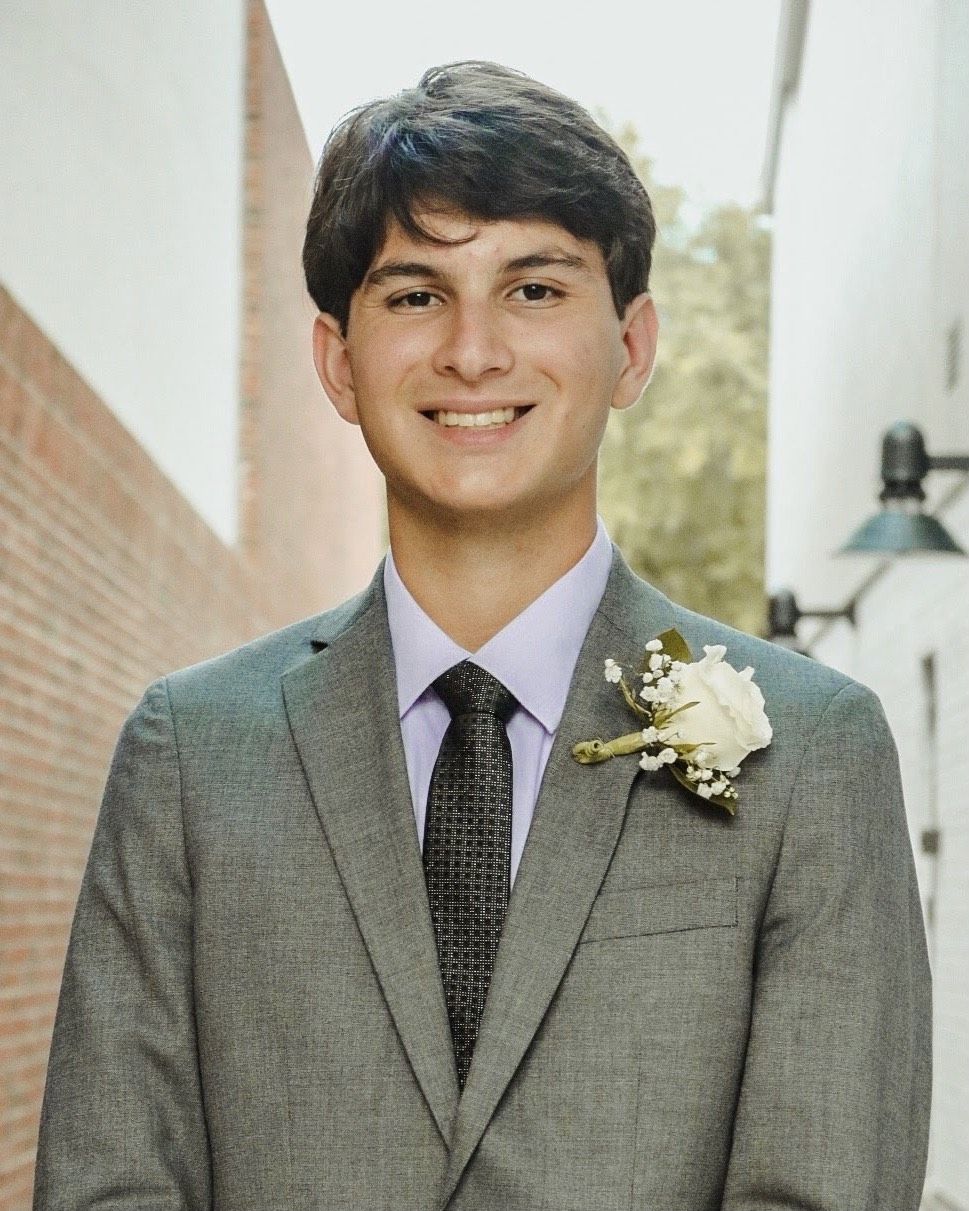 About Cesar
Cesar is a proud Floridian from Land O’ Lakes and a student at The University of South Florida. He is majoring in both History and Political Science and minoring in Intelligence Studies. He also is a substitute teacher for the local school district and truly enjoys his job by helping students reach their full potential in both academics and their future. He is the son of Colombian immigrants (one a US Army veteran), who taught him the values of hard work, determination and perseverance. He also has achieved the rank of  Eagle Scout and is an International Baccalaureate Diploma recipient. He enjoys volunteering anyway he can throughout the community and advocating for the needs of his community. He joined the Democrats for Life in the Summer of 2021, because of the Pro-Life for the Whole Life message--a message that is close to his heart and values.
As the Government Outreach Director it is his job to keep in contact with endorsed candidates and those in office to make sure they have the resources they need to maintain their success. Along with that, he makes sures that all those in office know the issues and policy interests of DFLA and where they can work together in accomplishing a common goal.

You can reach any of our staff by calling our office or via our online contact form.